The Economic Benefits of a Cyprus Solution: A Visual Series

Home The Economic Benefits of a Cyprus Solution: A Visual Series 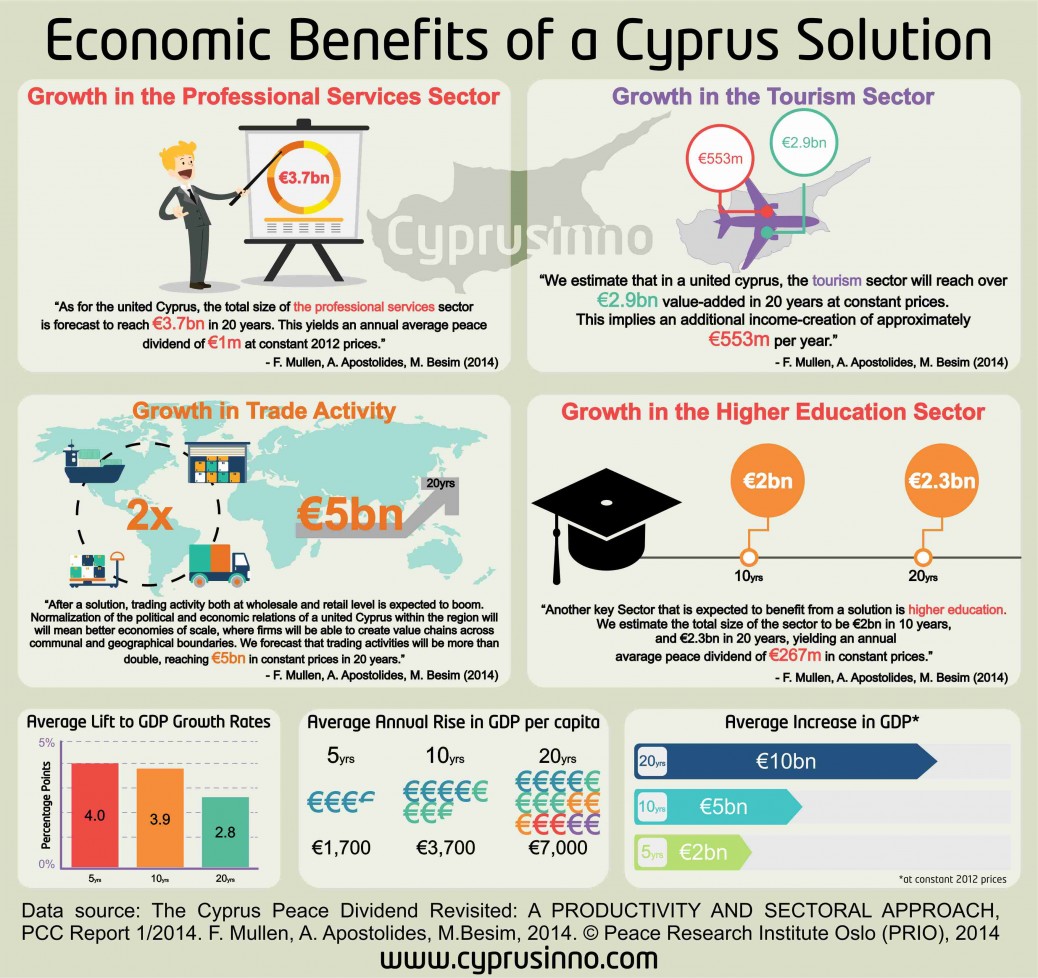 Introducing our new visual series examining the Economic Benefits of a Cyprus Solution, and what the economy of a united Cyprus could look like, with data and excerpts sourced from existing research and reports. In our efforts to support entrepreneurs and foster entrepreneurship all across Cyprus, north and south, it is important to highlight how the reunification of Cyprus could have a significant impact on the prosperity of all Cypriots.

Over the next few weeks, we'll be releasing these visual pieces using data sourced from research conducted by experts that have studied the prospective economy of a united Cyprus, as well as quotes and statements from key thought leaders in Cyprus on their outlook on what the benefits the reunification of Cyprus can do for various aspects of the economy, including but not limited to investment, trade, tourism, and more.  Stay tuned... 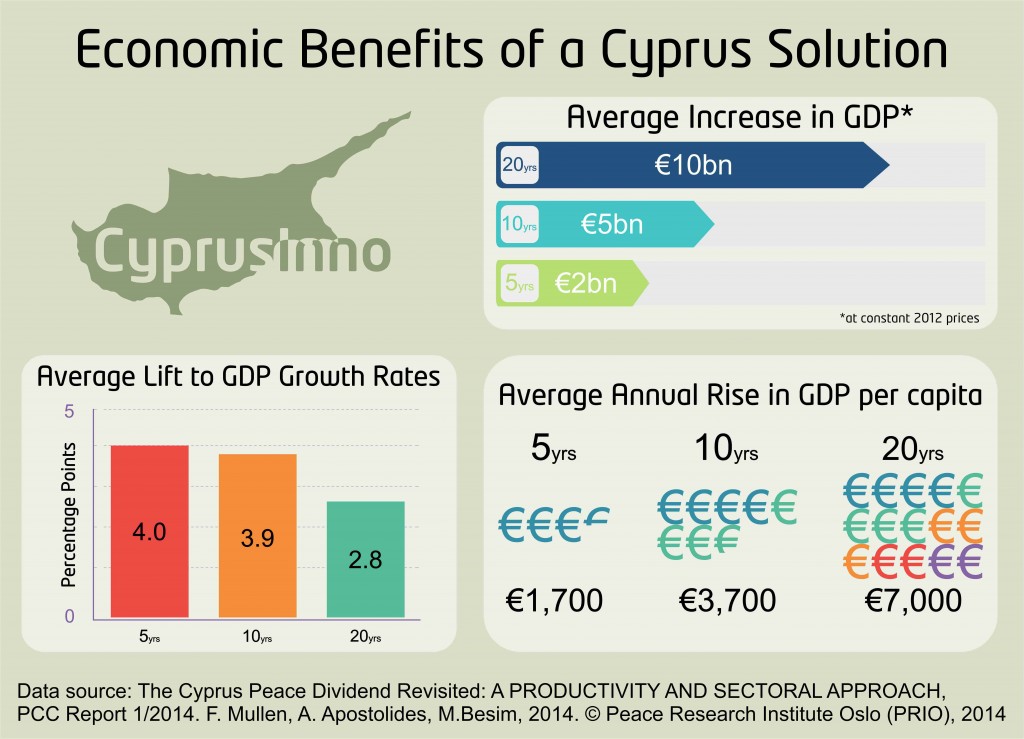 THE ECONOMIC AND FINANCIAL IMPACT OF A SETTLEMENT

"The economic prospects of a future united Cyprus are very positive. Unification will bring together two distinct economies, in terms of income levels and underlying economic structures. The integration of the two economies is expected to bring significant benefits, including the attraction of domestic and foreign investment." - European Commission 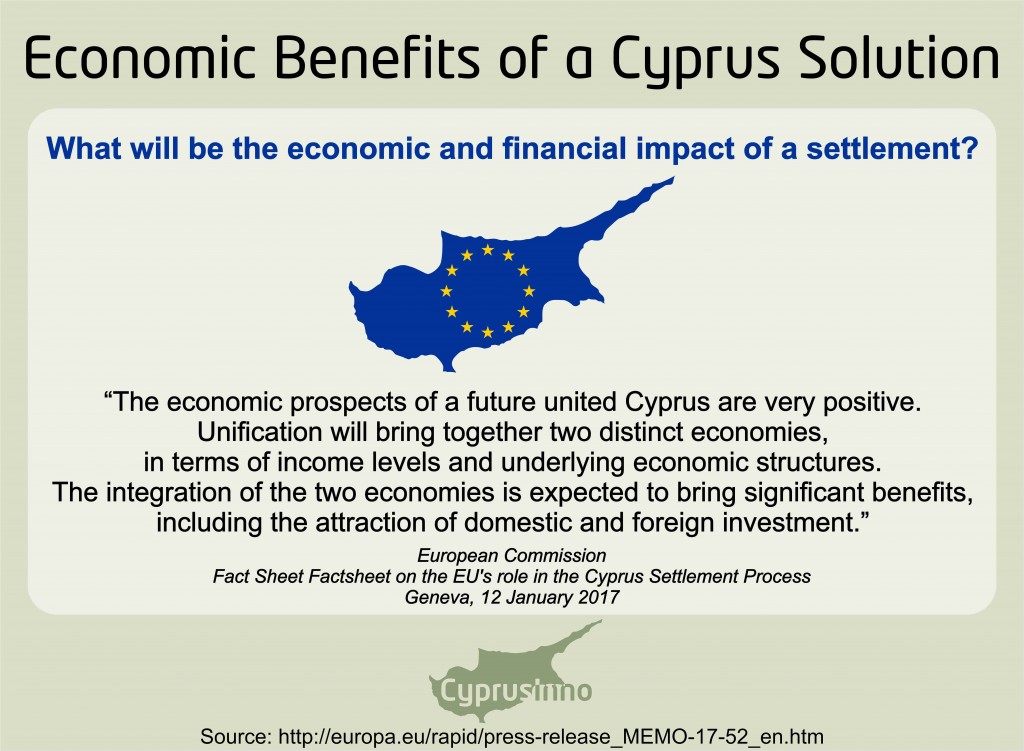 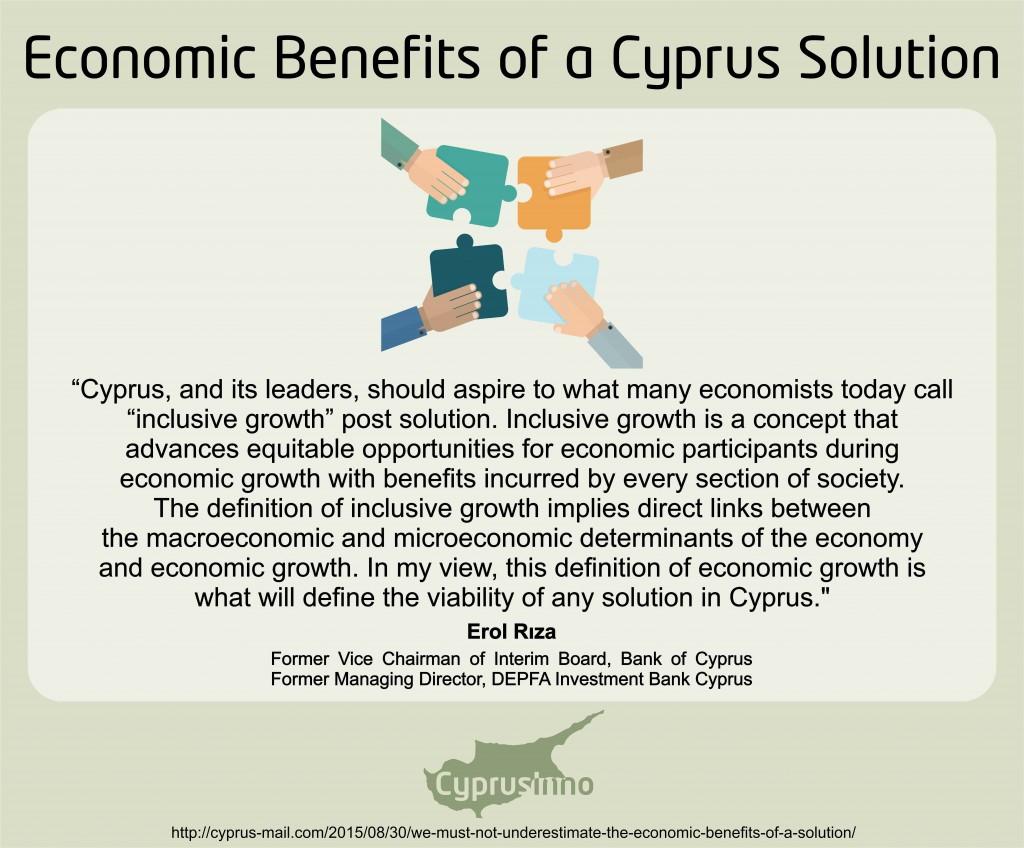 THE INVESTMENT ENVIRONMENT OF A UNITED CYPRUS

"Reunification could definitely be a game changer that could contribute towards an extremely attractive investment environment for Cyprus..." - Christodoulos E. Angastiniotis, Chairman, CIPA 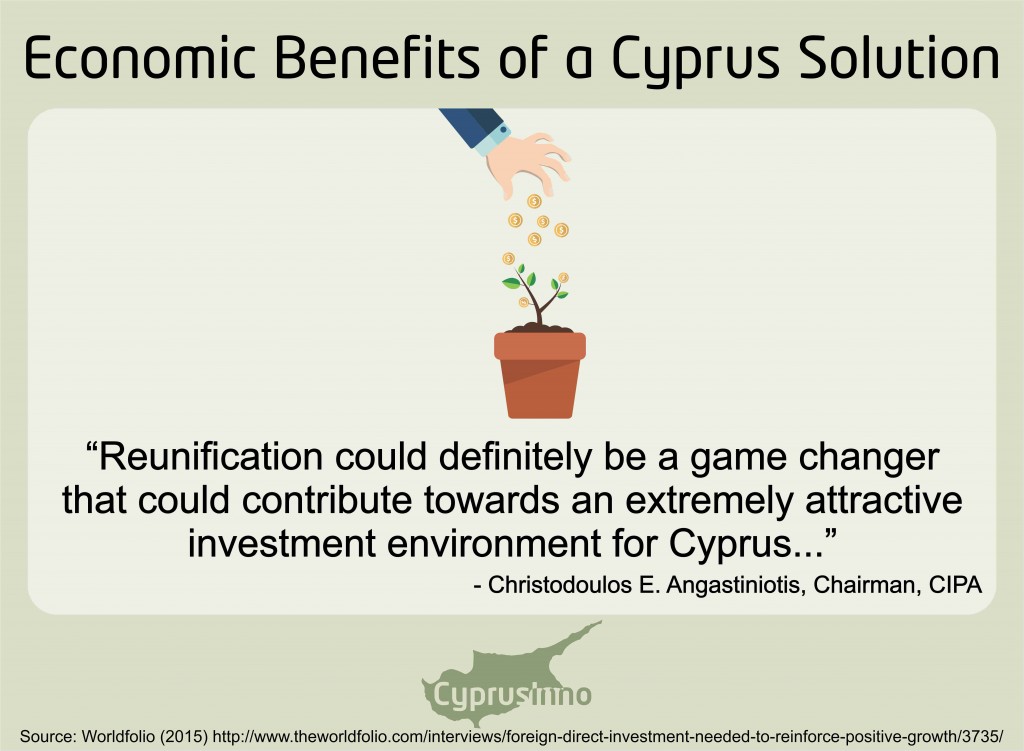 THE TOURISM SECTOR OF A UNITED CYPRUS

After a banner year, some analysts predict a potential slow down in the tourism sector, which faces the threat of weakening demand from British and Russian tourists. But what could the tourism sector look like in a united Cyprus? 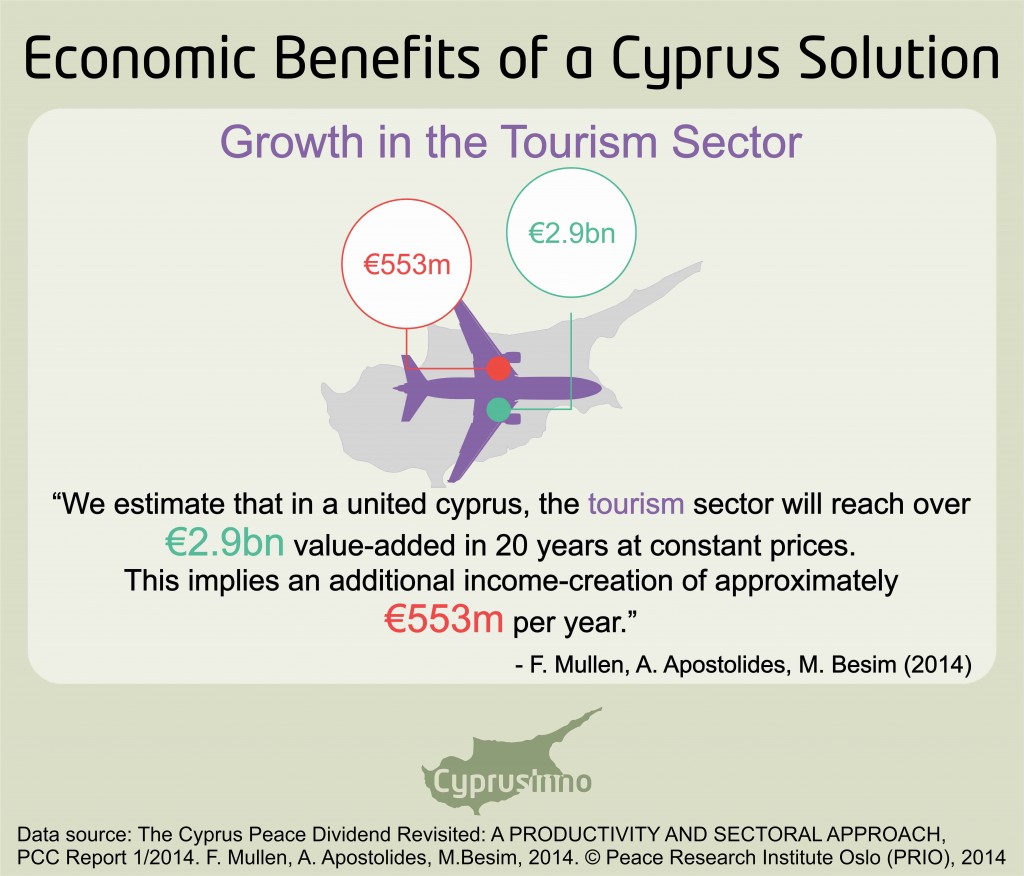 A UNITED CYPRUS AS A GLOBAL HUB FOR TRADE

Strategically located at the crossroads of three continents, Cyprus is in prime position to be a major global trading hub. A united Cyprus could fulfill this vision. 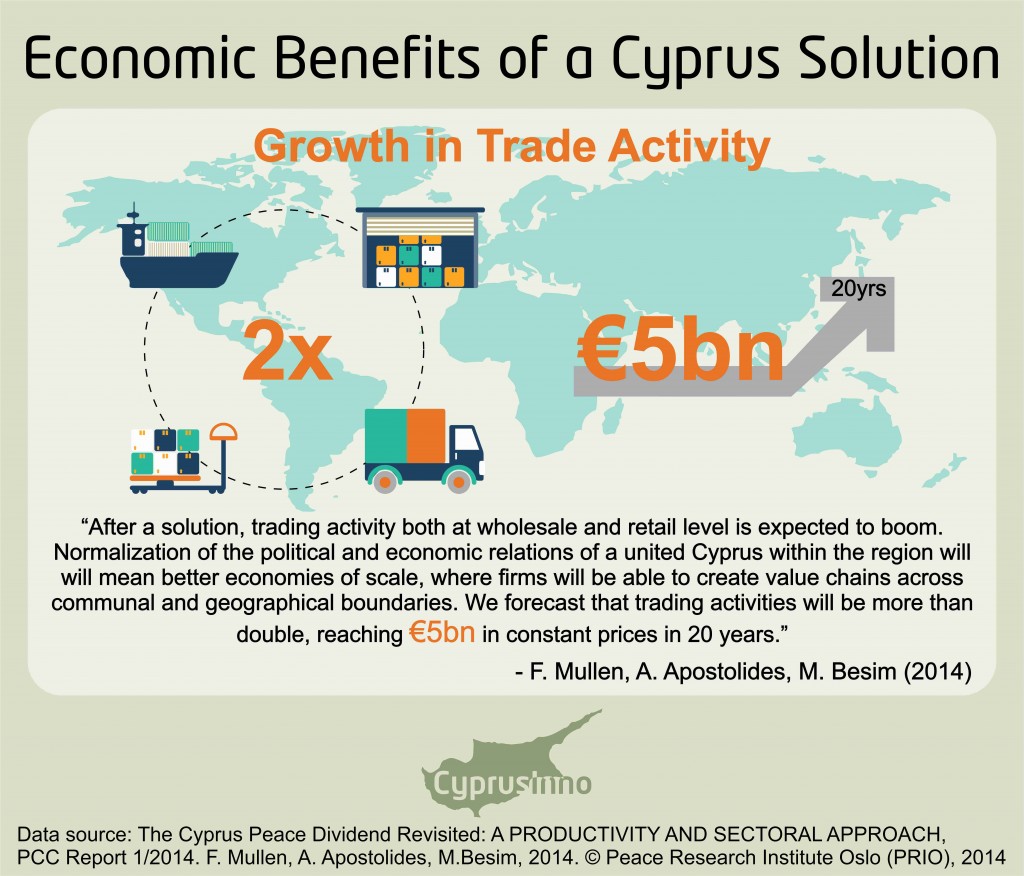 A boost in professional services means more people at work, and an increase in new businesses offering their specialized services domestically and internationally. 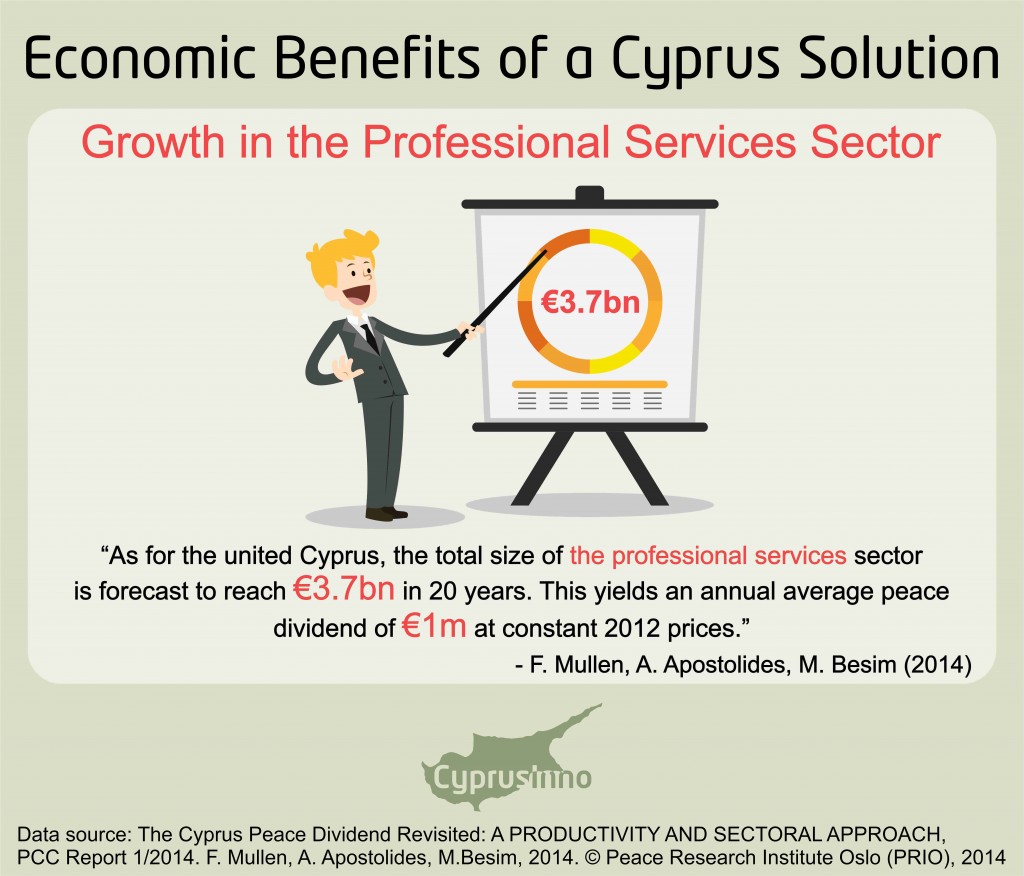 HIGHER EDUCATION IN A UNITED CYPRUS

The best way for Cyprus to grow is by investment in human capital via education. What could the higher education sector look like in a united Cyprus? 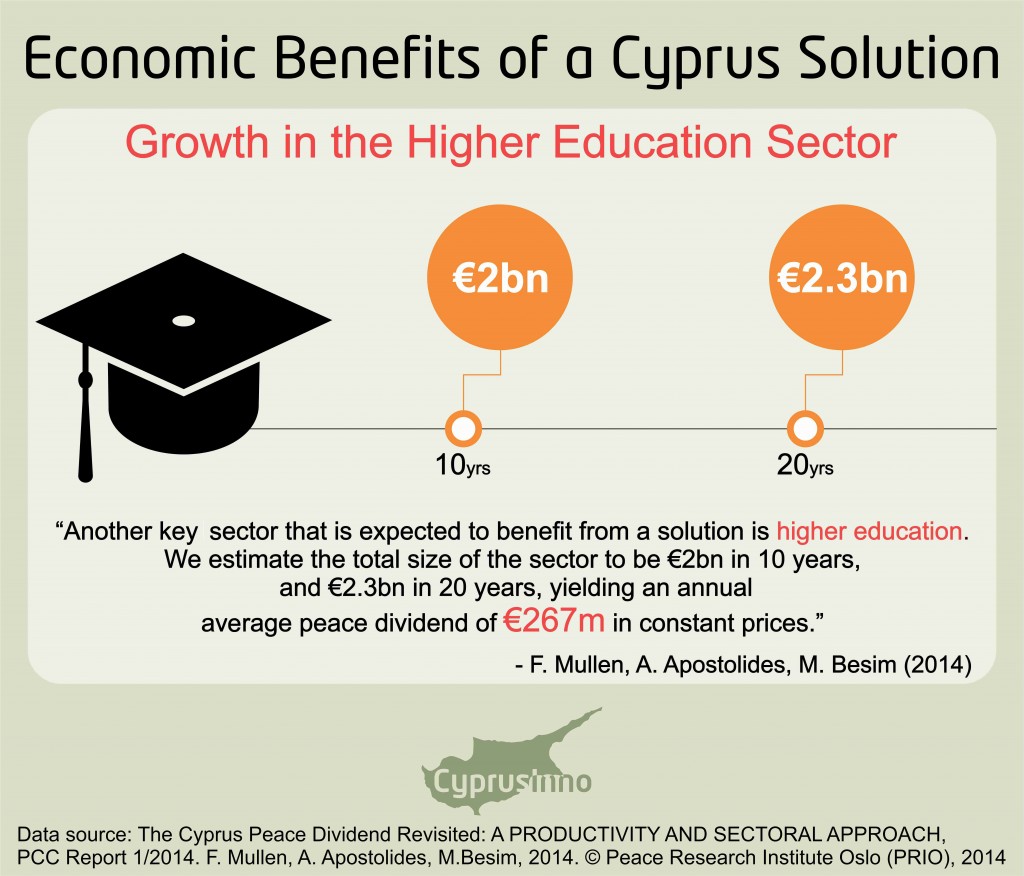 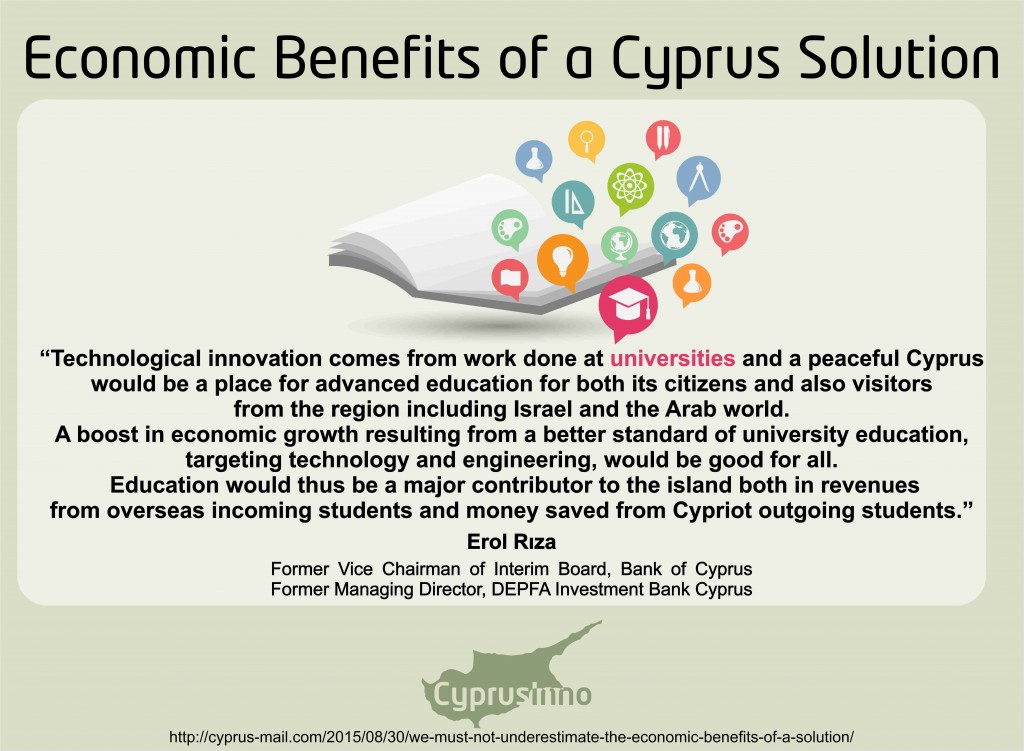 TECHNOLOGY IN A UNITED CYPRUS 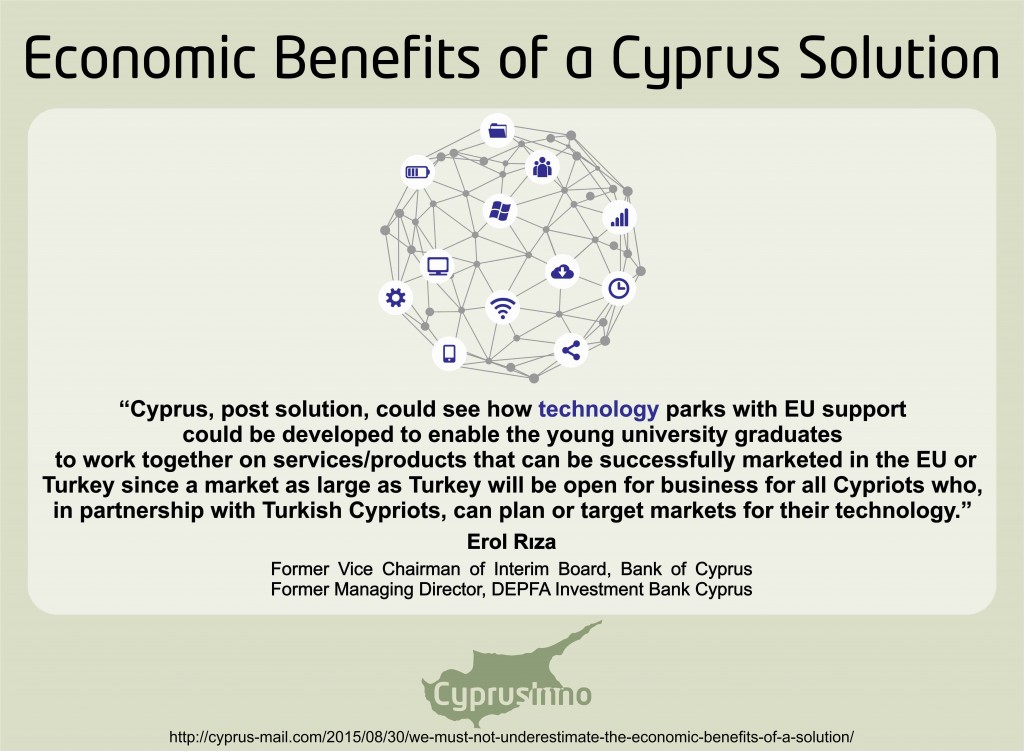 EMPLOYMENT IN A UNITED CYPRUS 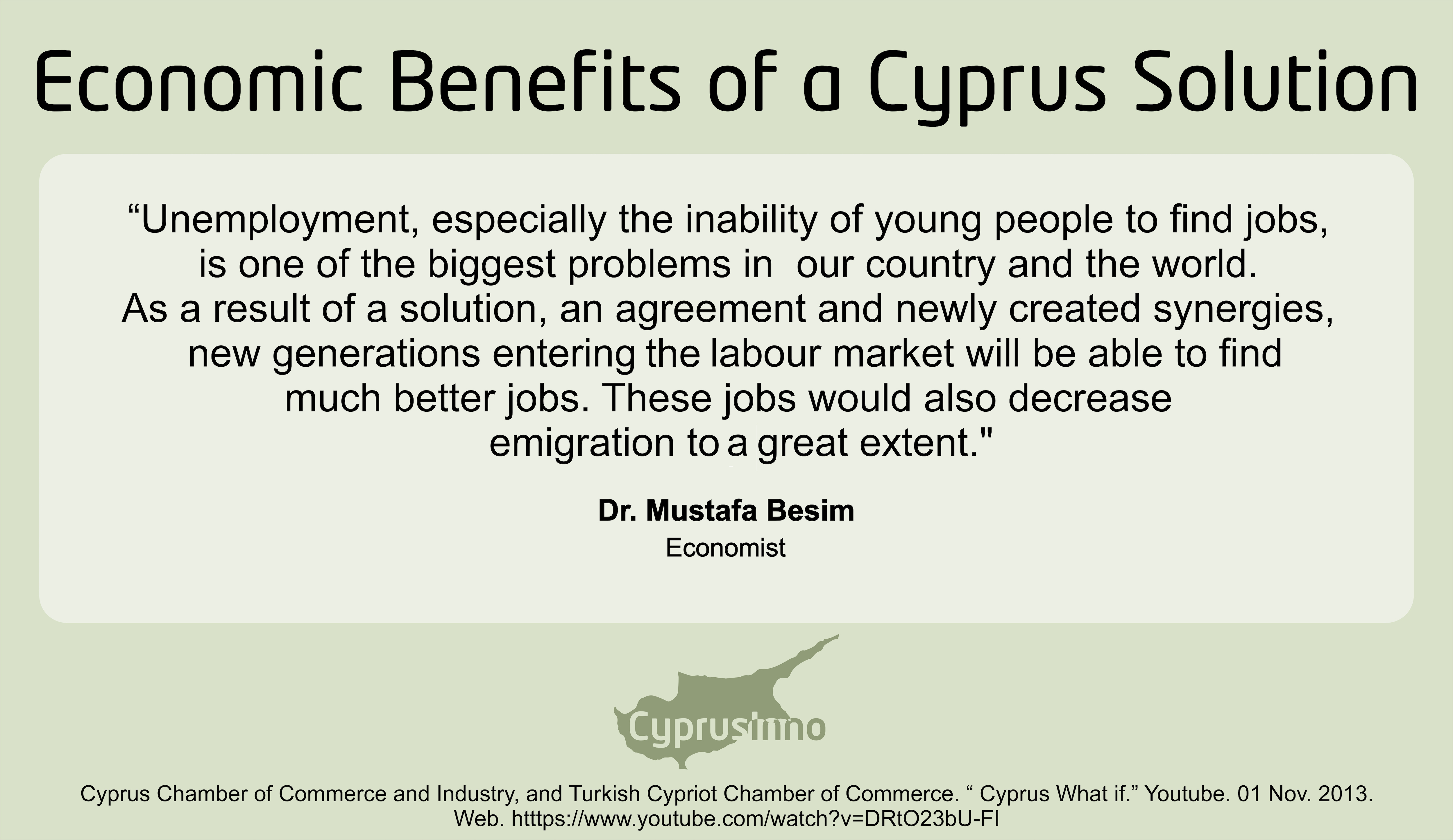 The financial services sector has always been a major contributor to Cyprus's economy, but in recent times, particularly since the financial crisis of 2013, it has been met with slow growth. How might this sector perform in a United Cyprus? 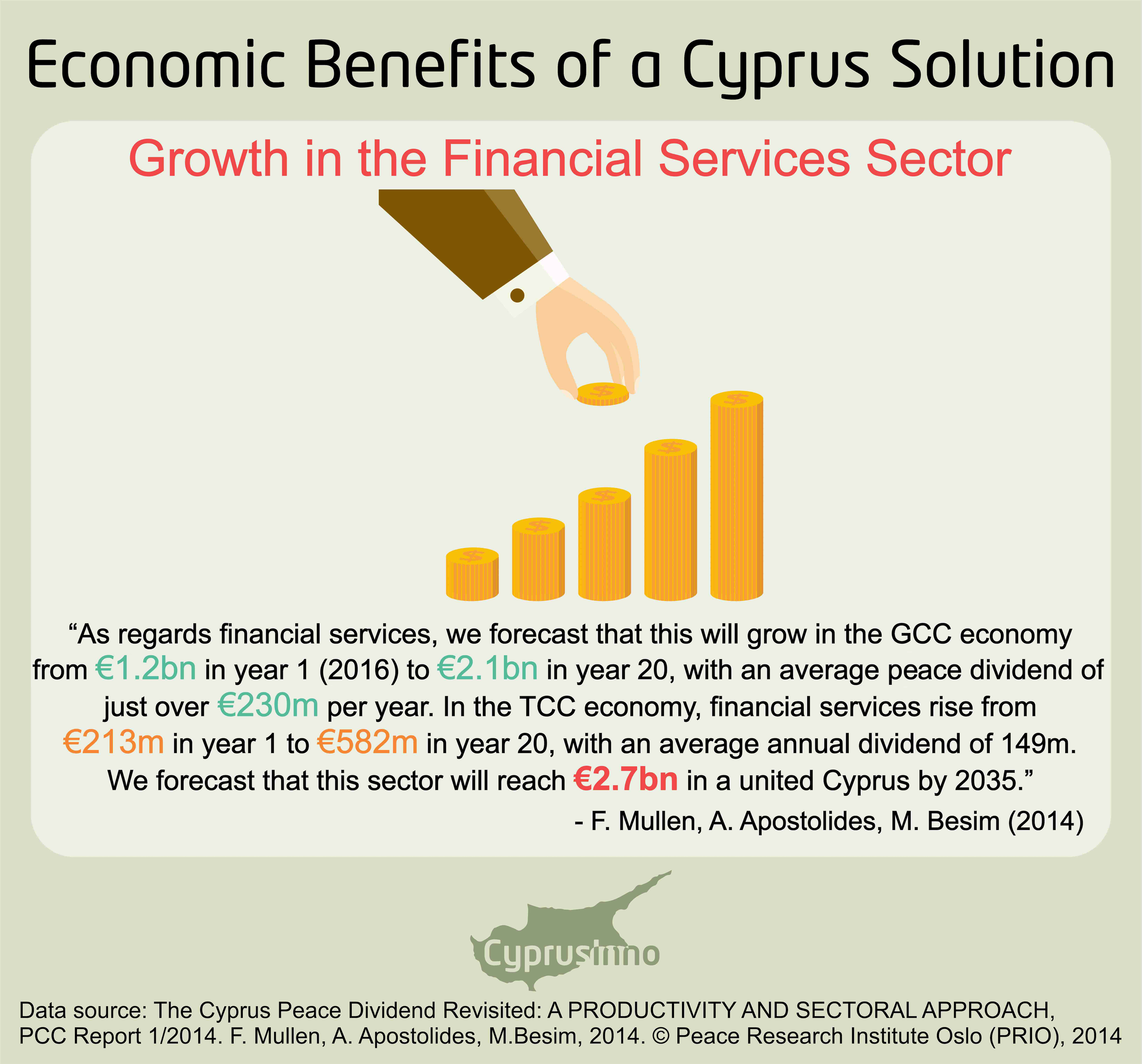