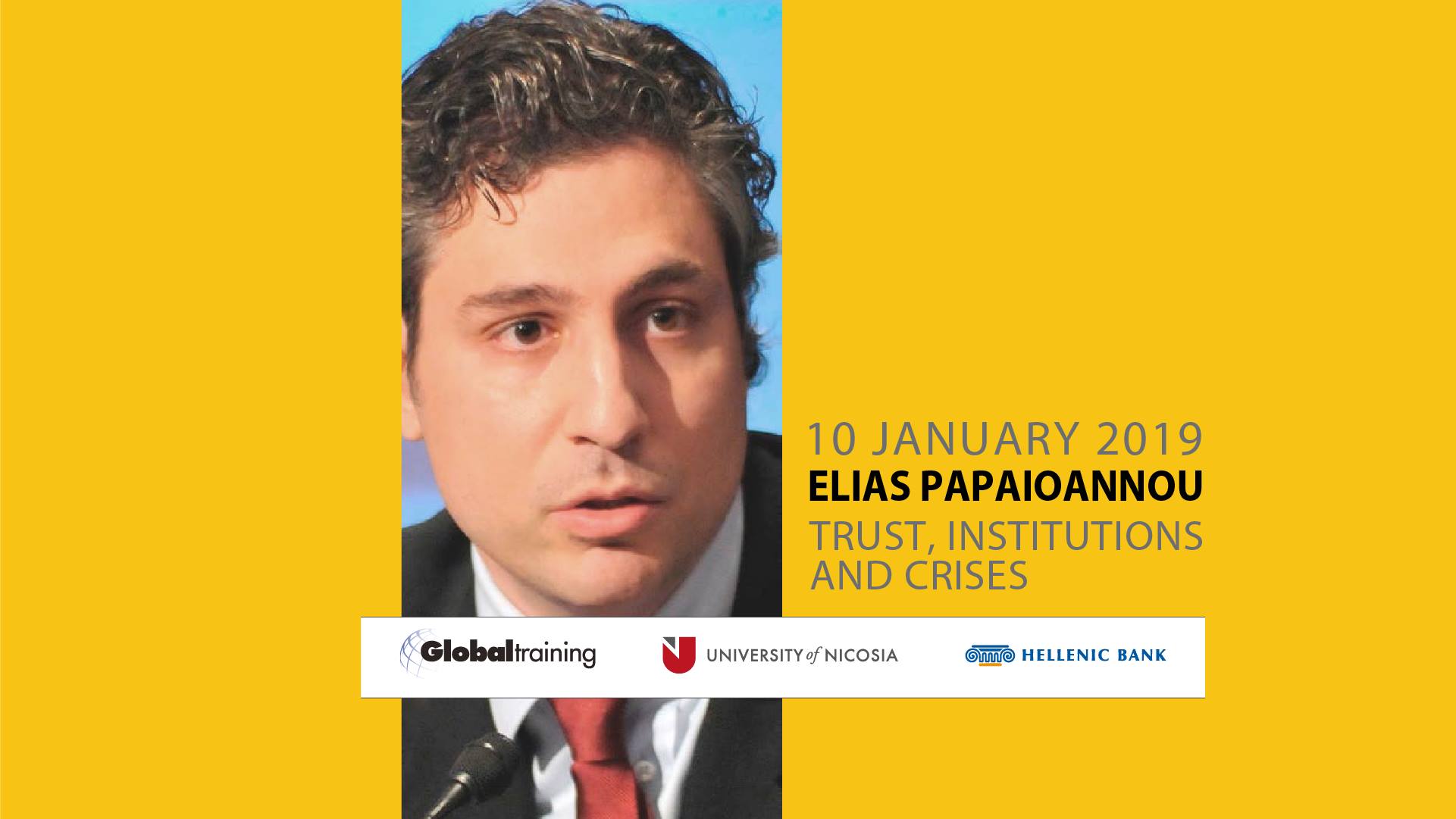 Elias has an in-depth knowledge of the European trust crisis, the rise of populism and the peculiarities of the Greek financial crisis. He has researched the economics of development and prosperity in countries where institutional and societal trust lies at very low levels. Using examples from the Greek and Cypriot economic crises and financial collapse, he will unveil his ideas and findings about how the two are so closely related.

He stipulates that unless citizens gain confidence in their government, their core institutions, the justice system and the internal processes imposed by the government, real growth will not come about. It is easy to liken short-term economic growth and fancy investment opportunities that create an ephemeral growth cycle. However, nations that do not take steps to fix the real economic and societal pathologies within their system will not rise above the crisis.

Elias recently interviewed Prime Minister Tsipras at a public debate at London Business School and he will offer his own insights on the debate, as well as his views on the Cyprus trust crisis and the island’s prospects for economic growth.

Elias is a prominent economist, with a focus on international finance, political economy, law and finance, growth and development.

His research is internationally recognised and heavily awarded, including the 2013 European Investment Bank Award; the
Young Economist Award; the 2005 European Economic Association’s Young Economist Award; and the 2008 Royal Economic Association’s Austin Robinson Memorial Prize. He is also a research affiliate of CEPR (Centre for Economic Policy Research) and NBER (National Bureau of Economic Research), the leading research institutes in Europe and the United States, respectively. In 2018, he won a four-year Consolidator Grant worth €1.6 million (£1.4 million) by the European Research Council (ERC).

Elias consults regularly with international organisations, major investment banks, hedge funds, and institutional investors on macroeconomic developments in the EU and Greece. He developed a particular focus on crisis, institutions and economic growth, and an in-depth analytical approach on the foes of the Greek crisis!

Change Location
To find awesome listings near you!

Skip to toolbar
We use cookies to ensure that we give you the best experience on our website. If you continue to use this site, we will assume that you are happy with it.OkPrivacy Policy